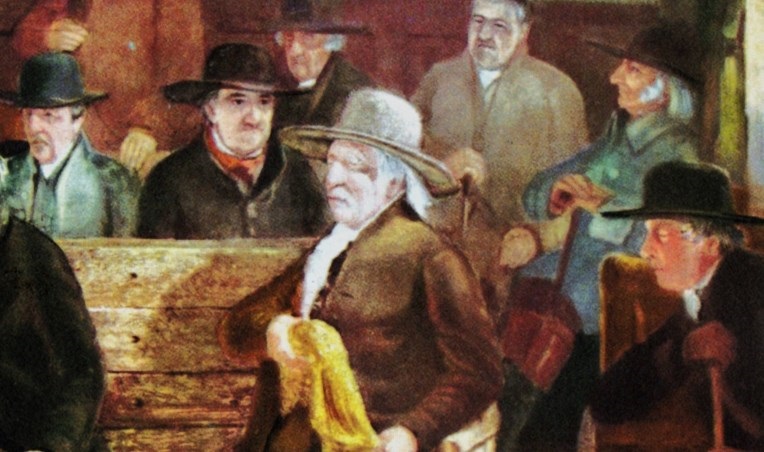 At the risk of sounding like a broken record:

If there was an adult who was “not safe” for children, we would strive to keep children away from them. No one would brag about being friends with that kind of person. We would understand that an adult is more powerful than a child, and that using that power differential to hurt a child is nothing to brag about.

If there was a human who was “not safe” around pets, who, in their fury, beat pit bulls with iron bars, or poisoned wild foxes on purpose, we would have no issue labeling that person as unfit for human society.

No one would use the word “powerful” to describe such a person. Hurting beings who are weaker than yourself is, itself, a weakness. It is a sickness. Violence against the helpless is what a person does when they feel utterly powerless and lack the emotional maturity to deal with it in a healthy way.

Now, I get that some deities, like Thanatos, just scare people due to their assigned task. And maybe some mortals are trying to work through their fear of death by identifying Thanatos, rather than their mortality, as the thing that scared them.

And I get that there are some deities, like the Moirai, who are impartial and impossible to propitiate, because their job demands impartiality.

But if you are bragging that your deity is hurting you, or worse, trying to kill you, there are only three options:

1. The deity hates you.
2. The deity is ignorant of how human spirituality works.
3. The deity is a broken person who feels powerless and doesn’t know what else to do with their anger.

If the deity hates you, you should probably not work with them.

If the deity hasn’t troubled themselves to learn about how human spirituality works, they probably don’t want a cultus, and if they do, they’re not really prepared to handle one.

If the deity feels powerless enough that they need to find someone weak to abuse, maybe they should get their shit together before working with humans.

I don’t know what the hell is going on in the Polytheist community that we are even having a discussion about what to do with “dangerous” deities, but can we all agree that abusers are bad no matter what plane of existence they live in? And that the appropriate response to abusive behavior is NEVER treating the abuser with respect?

But I suspect I know what’s going on, here. Forever and always, the people who get most offended by the argument that celestial abusers (if they exist at all) don’t deserve human respect, are always the ones using the idea of dangerous deities to control others.

This tactic was very successful with controlling the Christian masses.

“God is going to hurt you because he loves you so much,” is a familiar sentiment. And it’s one that deserves to stay in the past.