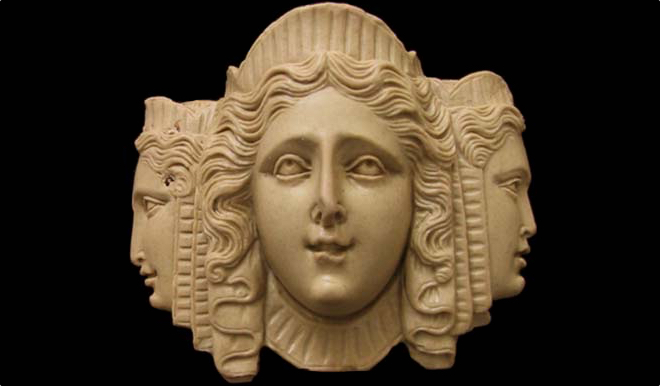 Let me give this a whirl, and see how I feel about it. In the interest of starting with something brief and close to my heart, let’s take a look at the Orphic Hymn to Hekate. I’ll be working from the Greek. Here is a good translation of this hymn.

Now, this is a Hebrew mysticism trick, and it’s going to need to be modified a bit to work with Greek language. With Hebrew, you could take an acrostic from any poem and the letters would be something you could easily say. With Greek, you would frequently get a useless mash of consonants.

To avoid this, I’m going to get a little help from Linear B.

Linear B is the earliest attested script for Greek. Linear A is well in the works, but is not yet completely decoded.

As you can see from the chart, it would be impossible to get a combination of these letters which was unpronounceable, as each character represents a syllable.

Mycenean Greek, however, has a few differences from, say, Attic. You will notice that there’s no option here to end anything in a consonant. There are also double consonants. Knossos becomes Ko-No-So.

And what do I do with all the Greek consonant sounds that aren’t represented here?

Beta becomes Pi. Zdeta, I know from elsewhere, becomes Delta. Theta becomes Tau. There are no liquids sounds such as L or R available, and the closest thing available is the W sound. Phi becomes Pi and Chi is Q. Ksi and Psi will be broken up into two syllables.

If that’s all a bit much for you, I’ll show you the “take the first syllable of each line” version, too. I have an intuition that the older syllabary will yield more satisfying results.

So here is our hymn to Hekate:

And here it is again, transliterated, courtesy of the Hermetic Fellowship:

I’ll just do all of those things and see what I turn up.

Using the Linear B syllabery This becomes:

Next steps: I’m going to work in conjunction with Hekate to see if any of this could be useful in ritual. The idea would be to chant them either to align oneself with Hekate (specifically the aspects described in the poem), or as a way to set space for her. Possibly, as a way to prepare a space before working any of her arts (Spells, magic, revelation through ecstasy, etc).