I may have gone on record saying something like, “A Polytheist needs mystical initiation like a fish needs a bicycle.” In many ways, I stand by this. The equivalent of spiritual alchemy happens in gnostic relationships with deities, whether it is what we are trying to do or not. However, as I also contemplate the issues which some people are reporting with deities simply not treating them with decency and respect, I cannot discount initiation, or at least one particular part of initiation, as a possible solution.

If we weave a fabric, to which consent-first Polytheists could belong, it would draw a boundary around us, perhaps causing deities to manifest for us in a more consistent (and hopefully more desirable) way. This common fabric, or thought bubble, or the space within the boundary, is what many occultists refer to as an egregore. Egregore is the best word I have, in the sense of creating a metaphysical construct which might impact the way a group of people experience deities, and I’m about to use it a lot.

In European (and many non-European) initiations, and especially in the majority of initiations of the English-speaking world, the most essential part of initiation is obligation. The idea is that you take vows to a community, vows which this entire special class of people has taken before you, and will take after you, is central to joining that community and distinguishing yourselves from others. It is the vows which symbolically free you from illusion, bondage, misery, evil or suffering. Entering into this obligation puts you in a separate category, defines which mystical fabric you are a part of, and causes the powers who have bought into the tradition to treat you differently. The oaths in these traditions are crafted to bring about the desired effect by changing the person’s behavior, and contain way more than just an oath of secrecy.

In several orders that I presently belong to, when they are unable to do a full initiation, they skip the passion play, the floor work, and the waving of spears and/or wands. They cut to the chase, and that is the obligation, or the oath. These groups believe that the oath is what is responsible for the change in the initiate, and what awakens the part of their soul applicable to the work of the group. Based on my personal observations, I rather agree.

This view, the view that it is obligation which binds a person to an egregore, differs from the views of “lineage” based traditions, which believe that it is some intangible current which is passed from initiator to initiated. It also differs from “open source” traditions, where the transition into the egregore is believed to be brought about by special magical techniques. Where there are multiple valid traditions, I believe we have a choice. 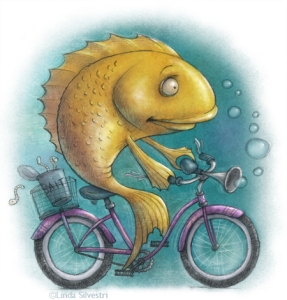 Trying to build a common mystical fabric on special techniques, on a current, or on an oath each pose problems to our specific community.

The lineage-based approach has a sort of “mutual recognition” and direct personal contact appeal. Passing on a current presents similar problems to special magical techniques approach, and additionally an intractable boot-strapping issue. Who gets to decide who is the first initiator, and where does that lineage initially come from? I often hear the rather insulting proposal that Polytheists, if they ever want to do their own initiations, should get lineage from non-Polytheist traditions. Besides the fact that the non-Polytheist traditions in question are often younger than most Polytheisms by some three thousand years, the suggestion is that current is current, and that it is either there or it is not. This is based, implicitly, on the false idea of a single initiatior somewhere in Earth’s primordial history. It denies that the various gods of the various nations might belong to separate mystical traditions, or that they might have input into this current.

On the contrary, a current has an opinion about the way mystical reality should behave around you while you are wielding it, and that opinion is theological in nature. If you use a Monist current to connect to Polytheistic deities, you will experience them, most likely, as Monists experience them. Why allow yourself to be woven into a current designed to make you experience your deities in ways that do not conform with your theological convictions?

Building an egregore on obligation has its drawbacks, too. Some people cannot or do not swear oaths. I work closely with the Hebrew deity, whose laws sternly recommend against it, and who, nonetheless, will rain fire and fury on the heads of oath breakers. I do not approach the topic of oaths lightly. Many Heathens are in the same boat. Yet, oaths are powerful.

If poorly worded, or improperly crafted, oaths can be broken by accident, creating backlash. Also, given our community, it is inevitable that, regardless of the oath’s content, a large number of people will want to craft their own personalized variant oaths because this or that part doesn’t resonate with them, and in order to make this work, we really do need to have everyone in our chosen community swearing the exact same oath. If the oaths are all different, then there is no unifying factor, and no commonality upon which the membership in the egregore is based. However, even if only 16 people took the oath, this, I calculate, would be enough to create a solid basis for helping even those who did not participate in building the current.

All that said, this approach also has some considerable advantages:

– Anyone could do it.

– It does not exclude people who do not have an in-person community.

– It requires no technical knowledge.

– It is real and present, because you are living it

– It provides little opportunity for one person to dangle power over other people’s heads. It is egalitarian.

– It could be crafted to require a modification of your behavior which raises mindfulness and builds power.

– It allows us to offer desirable behavior on our part in exchange for the deities helping us to experience them in ways which are healthy for us, rather than trying to wizard the deities into compliance, which would be hella rude.

– Unlike spraying energy at someone, or spilling soup on their shirt, oaths create the mystical entanglement with other people necessary to weave a strong fabric, even with relatively few people, even if they live very far from one another.

– Unlike the unspoken obligation of just sharing a set of rituals or a blob of energy with someone, where you really can’t know exactly what you are getting yourself into, in this case, the exact nature of the entanglement is spelled out. Your involvement is no more and no less than the text of the obligation because it is the only bit of ritual being shared by the participants.

An Oath That Fits The Bill

The most common and traditional vow taken during initiation is secrecy. Secrecy, however, is far from the only option. It is most appropriate if the goal of forming your little cadre of practitioners is the pursuit of “hidden” wisdom, but that’s not really my goal.

What you put in your obligation should comment on what kind of community you want to have, what you want from the gods, and what the gods need from you.

The following have been suggested as important to us:

The following are evidently important to the Hellenic deities, if our mythos is any indication:

– Remembering the gods and their natures

– Humility (and as an extension of this, kindness to your fellow humans)

– Honoring not just a deity or two, but the pantheon, as an institution

The exact desires of deities will no doubt vary from culture to culture of course. The essence, I am sure, in every tradition is that the deities want to be honored for what they are, and, fundamentally, so do we.

The oath should also contain a commitment to refrain from behaviors which build unhealthy theologies.

The oath should be crafted such that the obligations of the mortal are dependent upon them experiencing the deities in the stipulated way. The consequences of breaking the oath need to also be covered, to limit the damage when transgressions occur, and to set forward a path to making amends and restoring the power of the obligations.

Because this is the only piece of ritual, and because the matter is quite complicated, this oath will be long. I will endeavor to keep it brief by avoiding flowery language. If those of you who have the spoons and the legal expertise could run over this with a fine-tooth comb, and say things like “Yes, but a person could use THIS loophole” or “but what about this incredibly unlikely scenario?” That would be greatly appreciated.

I, (name), do solemnly promise and swear in the presence of the deities of humanity,

Any deity who does not wish to be a part of a community wherein these rules and vows hold sway is now privileged to depart. Should any deity break the expectations laid out herein, I will be absolved of any duties to them which I have sworn in this oath until such time as my relations with the deity has been mended. My obligations to my fellow humans shall, nevertheless, remain fully binding.

Should I violate this oath, there shall be no ill will between me and the deities involved, nor shall enmity fall between me and another human being on account of it, but rather, my connection to the gods whose friendly relations I have obtained through this obligation shall me be cut off from me, and I from them, and I shall consider myself irrevocably disentangled from the other people who have taken this oath, until such time as I have made atonement to the offended obligations, by recommitting to them and taking the next available opportunity to choose actions in alignment with them.

All this do I swear in the presence of the deities of humanity and upon my sacred honor.

Lastly, once we have a well-crafted oath and swear it, other people are going to want to refer to us as a group by some monicker. If I don’t take action, this is going to be something dumb-sounding or insulting, and it is going to stick.

Since the text of the oath has a lot to do with defending consent culture, rescuing people in non-consensual relationships, and also because of the bits where we uphold Polytheistic virtues, I might advocate the term “Knight.”

Come on, admit it. The image of Polytheists on horses tromping through the country-side, defending people from Fhqwhgods and evil thought forms does have a certain savage appeal, does it not?