I’ve talked a little bit about Servitors or Artificial Elemental Spirits on my blog. I’d like to take this opportunity to go into a little bit of depth, and to give technique and correspondences for doing so with Greek deities. The first step is understanding the technique as it exists elsewhere.

This technique is practiced by the Golden Dawn in the Zelator Grade , consequently, it is also practiced in Thelema. Apparently, even the Discordians have their own version.

So, servitors, or artificial elementals…

Here is the world’s simplest boil-down of how to do it.

Why do we start with a three-dimensional shape?

Simply, you need an imagined shape as a container for the energies you are about to summon up. If fact, energies are always more focused if you have some sort of three dimensional shape to put them in.

Magical energy is a lot like water, in some respects. It needs a container to be useful.

Why do we need to fill it with elemental (or planetary) energies?

Such an interesting question. I’d argue that the energies we fill it with might not be limited to elemental or planetary. You could fill them with zodiacal energies, or sefirotic energies, or the energies of various archetypal chakras as described in Hinduism. It all depends on which force you think resonates the best with your intent.

[/caption]With some very few exceptions, most of us do not tend to think of our own desires as being of cosmic importance. Try chanting “I would like to eat some bacon,” in a ritual, and see how much magical energy you can put behind it. Unless you are a Discordian, I’d wager that it wouldn’t be very powerful. In order to put the full force of our will behind something, often enough, we need to essentially sanctify it. The act of mixing our desires with forces which we consider sacred, psychologically, allows us to take the entire endeavor seriously.

Moreover, when we put our desires into the pattern of something sacred to many people, our desires are more likely to be accepted.

Then, the obvious, that a force which many people consider to be sacred has more force behind it that a random idea you had.

Lastly, and importantly, when the elemental dies, and it will die, there is a pre-set destination for the energies to return to.

Why do we give it a name and purpose?

Giving the elemental a name and purpose personifies it.

[/caption]Killing a cow is something that doesn’t make too much of an impression on most of us. Killing “Binky” the cow, who only wanted to eat grass, however, does have a note of pathos.

Why do we give it an expiration date?

Boundaries are important, in both time and space. If you want to consider it from a physics standpoint, which I usually advise people never to do, time is actually just a dimension in space.

Circles that are cast on the ground have a certain degree of power. Much more effective, however, are those that are three dimensional spheres.

In order to be manifest and actual, a thing must have limitations.

Let me pause for a minute and explain what I mean by manifest and how it differs from physical. By manifest, I mean possible to experience. By physical, I mean that a thing has mass, or has the possibility to influence things that have mass. There is overlap, in my mind, but the two things are non-identical.

All things that exist inside of the manifest universe have a size. You will never find an infinitely big star, for example, or an infinitely large planet. Inside of a black hole, you can have an infinite curvature of space, but the inside of a black hole is where manifest objects go to die. Once they get in there, by whatever circumstances, no one will ever experience them again. Some physicists believe that once caught up in that infinite curvature, they simply cease to exist inside of our universe. Others believe that they continue to exist in the form of mass, but lose all other meaningful attributes.

Another quality of manifest things is that they have a beginning and an end. There is no such thing as an eternal coffee mug. The coffee mug was slip cast (most probably) at a particular time, whereupon it came into existence. Some day, someone will drop it and break it. That will probably occur when it is full of boiling hot coffee, at least as far as my understanding of Murphey’s Law goes.

Living things, especially, have a beginning and an end. You were born, and you will die. If our goal is to personify and humanize and vivify a thought form, we must include this important aspect of humans, people, and indeed, all living things.

From a safety perspective, there is another very important reason that we must give these thought forms an expiration date.A 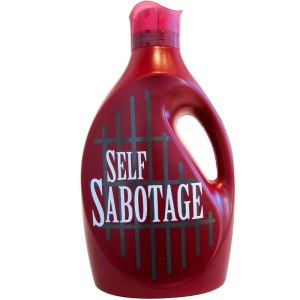 thought form is an extension of you. You do not get that part of yourself back until the elemental dies. Granted, you use such a small portion of your soul on a daily basis that you will probably not miss the tiny portion that you temporarily lend to the servitor. However, these things add up over time. Furthermore, you do not want to forget about an elemental, totally change your goals, and have one part of you working against the rest. Yikes!

Ever meet a person who practiced magick who actually had worse than average luck, and suffered through improbably bad circumstances way too often? In fact, is that you? Do you have a habit of casting spells which do not specifically instruct the energies to disperse after a certain time? You might just need to call back all of the energies from your previous workings and release them. This, of course, is a lot easier to do if they have names.

So, what do we know now? (And what are our problems?)

While there are logical reasons for the basic components of this technique, it is not necessary for us to use Hebrew angels, or Hebrew divine names to empower the elemental. By giving the elemental or servitor a simple shape, filling it with an appropriate source, naming it, giving it a purpose and giving it an expiration date, we can create a living, unseen creature which can help us in our more powerful workings.

These can be used to hold the quarters of a space and instructed to release specific energies in response to code words, can be sent off to help you get a lover or a job, or whatever other magicky thing your heart desires.

I will cover all this in my next article, and provide you with a fully Greek redaction of this technique.